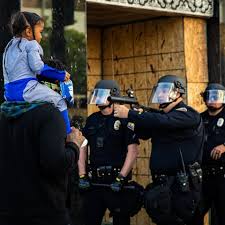 The Black Female Professors Forum raises its collective voice to loudly condemn the killing of George Floyd, an unarmed Black man, at the knee of a White police officer in America. From Minnesota to the Midlands, the virus of discrimination continues to destroy lives.

The analogy – while not perfect – is appropriate: like a virus, discrimination cannot be seen with the naked eye. Yet, it is highly infectious and can pass from one person to another rapidly, often without recipients being aware that they have been infected. Like a virus, you can’t see discrimination but victims recognise how it sounds and how it feels – they experience the results of the infection. Neither respects borders and both can strike at anytime, anywhere – Christian Cooper, a Black man bird-watching in Central Park became the target of Amy Cooper(no relation), who called the police, screaming that he had threatened her. Why? Because Mr Cooper had asked her to put her dog on the leash, as per the rules in that area. In resentment and rage that a Black man dare to police her behavior she called the police to put him in his place. However, her plan backfired – she became maimed by the virus she spread. This indicates another key similarity: like a virus, discrimination actually hurts everybody. It can affect the mind, body and the spirit, and both maim and kill – think of George Floyd in Minnesota or Mikey Powellin the Midlands, both killed through asphyxiation in police custody. Or Oury Jalloh, who mysteriously burnt to death in a German police cell and Sandra Bland, found dead in a Texan jail.

It is remarkable how quickly, all around the world, frustration with the virus of racism dislodged the fear of coronavirus. People of all colours are deeply disturbed and angry at the callous killing of yet another Black man. America has been here before, as has the UK– Mikey Powell is just one of many young Black men to die in police custody in this country. The figures speak for themselves: Black people are just 3.3% of the British population yet are 10 times more likely than White Britons to be stopped and searched. This tiny part of the population also comprise 17.5% of those involved in fatal shootings with the police and 8% of those who have died while in police custody.

However, policing is not the only area where startling disparities exist. Official data shows that across many sectors there is much more oppression than opportunity. Education, for example, is a field where inequality at all levels is rife. It must be asked – whether it be in relation to exclusion from school, completion of university studies, or awarding of degrees – do Black students matter? The same can be asked about staff: where are the Black head-teachers or University Vice-Chancellors? Many educational fields remain totally White – where are the Black astronomers, engineers, philosophers and zoologists? In the midst of the COVID-19 pandemic, where are Britain’s Black epidemiologists, psychologists, mathematicians, statisticians and behavioural scientists? If we add gender to the question, the absence is even more striking: where are the Black women in any of these fields?

Thus, as we come together to demand justice for the family of George Floyd and recognition that Black lives matter, the Black Female Professors Forum urges all to remember that when the marching stops, the fight for justice goes on. Every person has a responsibility to ensure that when the drama has subsided and the media show has moved on, Black lives continue to matter everywhere, including in educational institutions. There is no vaccination against discrimination, yet there is one simple question that every person can ask: where are the Black people in my organisation? Starting a conversation with that small question will be a large step to securing justice for the Black men – and women – around the world who have lost their lives prematurely to police brutality, as well as for those who have (thus far) managed to escape this fate.